Choose your own adventure!

Our schedule will give you plenty of different options to watch, learn, meet, and interact. Like an in-person convention, our custom virtual environment gives you the opportunity to barbershop your way.

With the click of a mouse, you can go immediately from a District or Alliance hospitality room (including attending the Central States District Leadership Academy - open to all attendees!) to a Harmony University education session to the auditorium to catch a show to an Afterglow party...the choice is yours!

Or, if you’d like your avatar to walk from one location to another, you might have impromptu encounters with others along the way -- just like walking through a convention hotel lobby. Who knows who you might see? 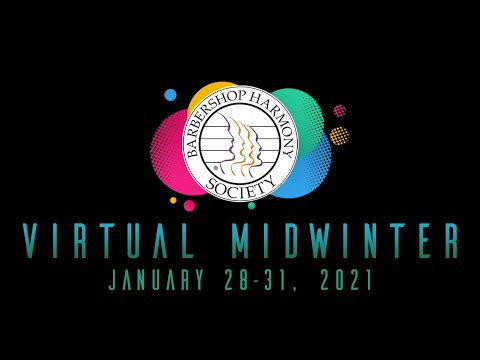 Grab a drink and test your barbershop and chorus management knowledge during this virtual happy hour.

The trivia winner will win a $100 gift card!

"The Best Chorus Management Resources You Never Knew About"

Participants will walk away with a handful of new resources to help them grow and manage their chorus.

H. Beecher Hicks III’s professional experiences have included work in the private, public, and nonprofit sectors, where he has focused on building enterprises as a consultant, banker, investor and operating executive. Henry joined the National Museum of African American Music (NMAAM) in 2010 as a board member, becoming president and CEO in 2013. From traditional African drum beats to modern hip-hop, the 56,000-square-foot experiential museum will highlight the many contributions African Americans have made to American music and culture.

In 1998, Henry was appointed by President William J. Clinton to be a White House fellow. He was senior adviser to the CEO of the Corporation for National and Community Service and launched the AmeriCorps Promise Fellows program on behalf of the President and Gen. Colin Powell. Henry is a member of the boards of directors for Leadership Nashville, University School of Nashville, and The Community Foundation of Middle Tennessee. He served previously on the board of directors for the Nashville Convention and Visitors Corporation and United Therapeutics Corporation (Nasdaq: UTHR).

The son of a preacher, Henry grew up in the church, where he developed a passion for music. He explored his talents as a member of the Glee Club at Morehouse College, where he earned a scholarship to sing and completed a Bachelor of Arts degree in marketing. After graduating from Morehouse, Henry continued his education to earn a Master of Business Administration degree in finance from the University of North Carolina at Chapel Hill. He is married to Crystal, an elementary educator, and they have two sons.

"How to Use Social Media to Recruit More Singers, Sell More Tickets, and Raise More Money"

Participants will learn the ins and outs of utilizing social media to grow their chorus and walk away with a 2021 social media strategy workbook.

Kevin Keller has been a member of the Society since 1978. Growing up in the St. Louis, MO area, after college he moved to Dallas, TX where he sang with the Vocal Majority for 4 years and then returned in 1989 to St. Charles, MO. He was an assistant director and section leader with Ambassadors of Harmony for over 15 years and still sings with the chorus. He has been in several quartets throughout the years, most notably with Cheers! who placed 6th at International in 2003.

Kevin has coached all levels of choruses and quartets all over the world. He has been on faculty for district schools for almost 30 years as well as Harmony University staff for over 20 years.

Kevin has been arranging for 30 years and has arranged for all levels of groups including International medalist choruses and quartets in BHS, SAI and HI. He currently teaches online beginning arranging classes for HU Online and has served as a mentor for beginning arrangers. As a certified Music judge since 1998, he served 7 years on Board of Review, Music Category Specialist from 2008-2010 and Chair of Contest & Judging from 2012-2015. Kevin has assembled 80 years of historical contest and judging records and has them digitized. He is currently doing a documentary of the history of contest and judging available online.

In 2020, Kevin was inducted into the Barbershop Harmony Society’s Hall of Fame. He and his wife Ann live in the St. Charles area, along with their two daughters and three grandchildren.

In this LIVE and intimate setting, attendees will watch and listen as the quartet unravels each song’s influence and why their diverse repertoire makes them not only a Barbershop quartet, but also “Barbersoul.”

Blair Brown is a professional singer and certified yoga instructor based in Fort Myers, Florida. In 2013, she earned a BA in Music from the University of Missouri-St. Louis, where she studied with barbershop icon, Dr. Jim Henry. In 2018 she became a Certified Yoga instructor at the True Nature School of Yoga in Oceanside, CA.

Blair sings Lead with two-time BinG! World Mixed Quartet Champions, Double Date. Since their formation in 2012, Double Date has performed, taught, and coached throughout the US and around the world. They have recorded and produced two full-length albums and are working on their third. Their second album, Accentuate the Positive, produced CARA-award winning track, ‘Didn’t We’, which was awarded ‘Best Barbershop Song’ of 2018.

In July of 2019, Blair became the first woman elected to serve on the Barbershop Harmony Society’s International Board of Directors, with her term commencing January 2020. Blair is also a BHS judging candidate in the Performance category. In September, 2020, she and her husband Ravi welcomed a daughter, Daisy, who they pray will follow in her parents’ footsteps and become a life-long barbershopper.

How to Enter a BHS Contest