The Founding of the Society

Some say it was an accident, some say it was fate. Either way (or perhaps both) the movement we now enjoy as the Barbershop Harmony Society (aka. Society for The Preservation and Encouragement of Barber Shop Quartet Singing in America (SPEBSQSA)) can be credited to a meeting in Tulsa organized by Owen Clifton Cash on April 11, 1938.

In the late 1930's, the family unit was still very musical, with pianos in most homes and singing (harmonizing) still a popular pastime. Many could still remember, first hand, enjoying the old vaudeville quartets and the professionals such as the Peerless Quartet from the turn of the century. The love of close harmony existed even though it was no longer the most popular music of the day.

In 1938, men harmonizing together had not completely died out, but it was becoming rarer and certainly much less popular than 30 years before.

Cash was really only interested in getting a few guys together to sing. There was no grand plan, no grand scheme. He and acquaintance Rupert Hall had a chance meeting in Kansas City several weeks before and discussed forming a Song Fest. On his return to Tulsa, Cash drafted an invitation and mailed it to the 14 singers he knew might show up and encouraged them to bring guests to the Tulsa Club - a high class place and popular destination for special dinners, weddings and meetings.

The date was set for Monday, April 11 at 6:30 PM. Hall, a member of the opulent, rich oil men’s Tulsa Club, had arranged for the meeting to be held on the Roof Garden (up on the roof – in open air – under the stars). (The Tulsa Club still exists and is located on the northwest corner of 5th and Cincinnati. Built in 1923, it stands 11 stories tall. It’s across the street (due north) from the Stanolind Oil Building where Cash worked. Closed for many years, it has escaped demolition many times. Its future is still in doubt.)

Cash states that he had invited 14 men and 26 “crashed the party”. They sang and harmonized to some old songs for several hours with several breaking off into quartets as well.

Apparently some Tulsa club members on the floors below complained of the “noise” so the next week, April 18, they met at the Hotel Tulsa (3rd and Cincinnati). 70 men showed up at this second meeting, showing there was interest in this idea and maybe an early indication of the future growth.

By the end of May, the newly formed group began meeting at the Alvin Plaza Hotel (7th and Main) and hosting 75 to 150 men each week. What would later be known as the Tulsa # 1 Chapter would continue to meet at the Alvin for 37 years. 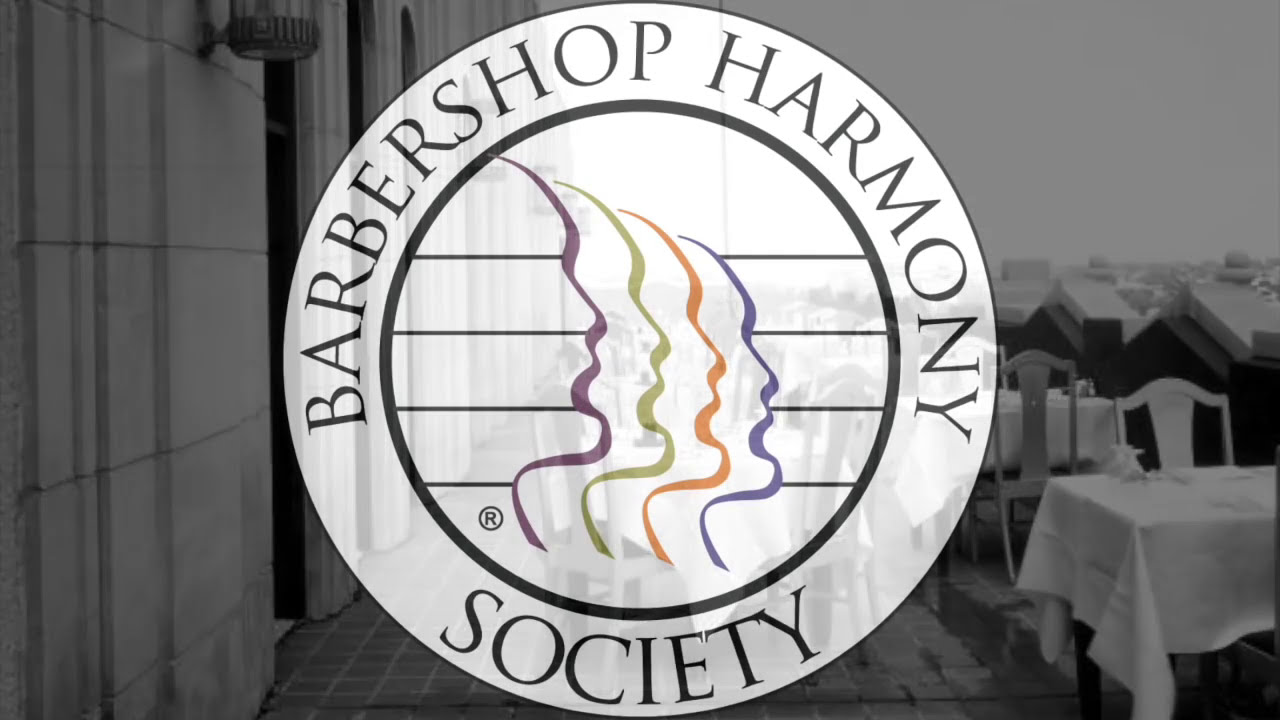 In this age of dictators and government control of everything, about the only privilege guaranteed by the Bill of Rights not in some way supervised and directed, is the art of Barber Shop Quartet singing.

Without doubt we still have the right of “peaceable assembly” which I am advised by competent legal authority includes quartet singing. The writers of this letter have for a long time thought that something should be done to encourage the enjoyment of this last remaining source of human liberty. Therefore, we have decided to hold a songfest on the Roof Garden of the Tulsa Club on Monday, April 11, at 6:30 p. m.

A Dutch lunch will be served.

After several months of research and investigation, we are convinced that your record warrants our tendering you the honor of joining this group. We sincerely trust you will not fail us.

As evidence of the work that your Committee has done in this connection, we enclose a compilation of most of the good old fashioned Barber Shop Quartet songs which we trust you will look over and familiarize yourself with. Bring this list with you.

It is our purpose to start right in at the first, sing every song, in numerical order, plow right down the middle, and let the chips fall where they will.

What could be sweeter than ten or twelve perfectly synchronized male voices singing “Dear Old Girl!” Just thinking about it brought back to your Committee fond memories of a moonlight night, a hay ride and the soft young blonde visitor from Kansas City we dated on that occasion years ago.

Do not forget the date, and make every effort to be present, telephone us if convenient. We will have a private room and so will not be embarrassed by the curiosity of the vulgar public. You may bring a fellow singer if you desire.

The list of those who attended the first meeting include:

O.C. Cash was a master craftsman with the press. He would call his reporter friends at the Tulsa Tribune and the Tulsa World and give them such creative material about the new group, they couldn’t help but use it. The clever use of the initials SPEBSQSA (a humorous slap at President Roosevelt’s alphabetical agencies) was only the beginning.

One such event was escalated into a “legal battle” via the press. A “reactionary group” had apparently sprung up and began calling itself S.P.C.D.A.D.P.O.F.L.T. (The Society for the Prevention of Cruelty to Dumb Animals, Dumb People, and Other Folk of Low Taste). It was reportedly backed, promoted, financed, and advised by the Chamber of Commerce. Their purpose was to consider legal action to “suppress, squelch, obliterate, eliminate, dehabilitate and otherwise bring about the non-existence of the harmless group of tenors, basses, and leads who enjoy their own singing once a month.”

The group, claiming to be fair, agreed to hold off any legal action until after hearing the quartets sing at the Chambers’ May 13th meeting. The performance was predicted to be “just provocation for either mayhem or murder”.

Cash also “publicly” invited Bing Crosby to attend a meeting. Bing wired his regrets and promised to dedicate a song on his next Kraft Music Hall radio show. Crosby and other VIPs were later named to the Society’s Board of Directors. There was also interest in forming a chapter in Hollywood.

Early on it was discovered the group needed some reference for the songs they liked to sing. The biggest problem was … remembering the words. An official songbook of lyrics was produced, and distributed to all members. It contained 161 songs, many of which have not survived the five decades. The book was quickly withdrawn from circulation when A.S.C.A.P. threatened legal action against the Society.

The gathering of May 31st was possibly the most important single event in the history of the society. Sixty three singers met on the Mezzanine level of the Alvin. In the heat of the early summer night the windows were opened to the street.

To understand this event one must also be aware of the concern of the police department with spontaneous groups on the streets even years after the panic of the race riots in downtown Tulsa in (1921).

Reportedly, there was such a sound coming from the Alvin, passersby on the way home stopped to listen, and cars began to pull over. Such a commotion was caused, a rare traffic jam resulted. Apparently someone (some have rumored it was O.C.) called the cops. Ralph Martin, a reporter for the Daily World, followed a policeman upstairs to the singers’ songfest to discover the source of the “riot”. Even before the traffic jam was dispersed,

Cash took Martin aside and began writing his story. The next morning, Martin’s “song-by-song” account of the disturbance appeared under the headline of… “No, No Folks – You’re Wrong! That Was Musical History In The Making!”. Cash had taken the liberty to embellish the truth just a bit. He had told Martin that the Chicago Tribune, the Associated Press, as well as Time Magazine had shown interest in the new group formed to preserve barbershop quartet singing.

He told of friends in Kansas City, Oklahoma City, St. Louis and other towns forming similar groups. The story was so “unique” it was picked up by the Associated Press wire and ran in newspapers around the country the very next Sunday.

Those Cash mentioned in the article were surprised to read the report and began to get calls from interested singers. Groups began to spring up all over the country.

The Society’s second chapter was formed in Kansas City. Cash and friends traveled by rail to install that group on June 18. On July 23rd Tulsa barbershoppers took the “Frisco” to Oklahoma City to install the officers of the newly chartered (July 6th) chapter. They attended The Texas League All-Star baseball game that night.

Charters and memberships continued to be presented. There were no dues, rules, no officers, no headquarters, but by the end of the year, eight chapters, now including St. Louis, were meeting on a regular basis. Cash decided, if for no other reason than to get more PR, a major event was needed. A national quartet contest to pick “The World’s Champion Barber Shop Quartet” was to be held. Tulsa would be the site with contests being held on the stage at Central High School‘s south auditorium.

The dates were set for June 2 (Friday) and 3 (Saturday). The Hotel Tulsa would be the headquarters with a registration of $3 and an invitation to “MEN ONLY”.

Rapid and widespread growth had caught the Tulsa group by surprise. During the 1939 Convention, a board meeting was held and our first slate of official officers were elected.

It’s rumored that Rupert Hall returned from the men’s room to discover he had been elected the Society’s first President.