5 ways to inject more "fun and funny" into your show

There just isn’t enough space in this blog post to explore the depths of the great mysteries of what makes a performance funny. One can speak at great lengths (as has been done for many years in the Make ‘Em Laugh class via Harmony University Online) about concepts such as satire, parody, incongruity, timing, leveraging the natural personalities of the performers, the particular subject matter itself with respect to the particular audience, and the list goes on. There are a near-infinite number of variables that can affect the response a comedic performance might receive.

This blog will help highlight some quick and easy ways to begin injecting some fun AND funny into your show sets to get the audience coming back for more. As with anything, it’s a learning process of trial and error, so proceed with fearlessness and get ready to learn what works and doesn’t work for your groups, and embrace the chaos!

We have a growing selection of fun and entertaining music in the Marketplace with learning tracks that can be utilized by your groups as vehicles to showcase the unique personalities within your group and have fun doing it. They include some tongue-in-cheek takes on the perils of aging, the lighter side of life, and some super fun Disney favorites that all your audience members young and old can enjoy. Click here to learn more about what’s available!

Who doesn’t love a good joke? The success of this approach will rely heavily on the kind of rapport your emcee is able to build with the audience, as there’s a fine line between “groaners” that can be annoying and “genuinely funny well-delivered jokes” your audience will enjoy. But the concept of using an emcee or some other joke-teller to tell a few jokes between songs in your show is a tried-and-true method to keep ‘em entertained throughout your show.

Not for the faint of heart! Another option to consider is taking a “normal” song that already exists in your repertoire and creating a parody of it that is tailored to your group. What should the parody be about? Well, you know yourself best! You probably have a good idea of what might make your group particularly peculiar or interesting to your audience. Maybe it’s something like a wide range of ages. Or a wider range of heights or size, or a propensity for you to exude certain qualities, be it overly serious or overly goofy, or some other characteristic of one or several group members that stands out.

At the end of the day, whatever that characteristic might be, you the performer must be comfortable drawing attention to that aspect of yourself or members of your group and be willing to laugh at whatever that might be, and of course ensure that it’s all in good taste. You can also choose a subject that you know your audience will be very familiar with and find an angle that highlights what’s peculiar and funny about it.

Comedy can be a big risk, and it can often be vulnerable. That’s when you know it’s working. Or at least has the potential to work. With the right parody, you can open yourselves up to your audience in a way that many other types of songs simply cannot. And it can be wildly fun! 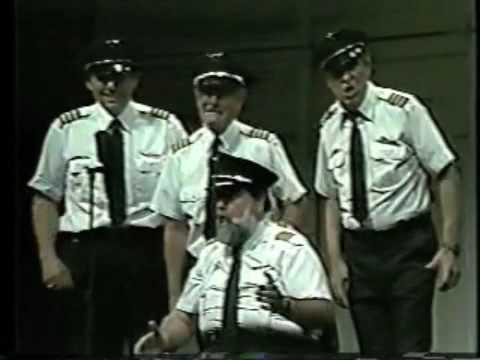 Darkness on the Delta Parody 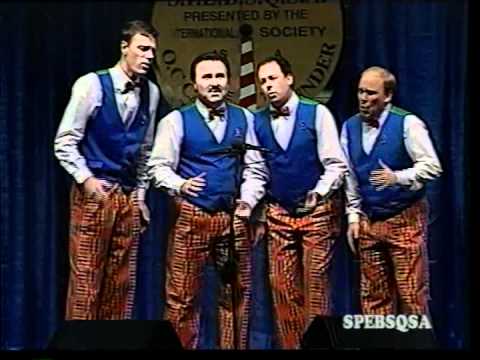 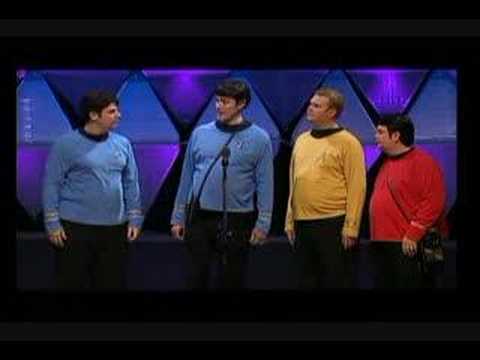 How do you write an effective parody of a song? There are countless tutorials online and books you can explore by just searching YouTube and Google. These can help get you up and running. Reach out to others you may know who have done this and get their feedback and thoughts. There’s a universe of material to help understand and embrace comedy into your barbershop worldview and open doors you never thought possible.

5. Don’t be afraid to take chances.

Let’s face it, no matter how experienced you or your group might be at performing comedy, there will be times when a joke or a bit just might not work as expected. Ask any famous comedian and there will no doubt be many stories of when they “bombed” on stage at some point in their careers. But ask anyone that’s attempted and succeeded at making an audience laugh and they’ll tell you that it’s unbelievably addicting and rewarding.

There is a never ending supply of hilarious bits and routines out there in the world that can serve as inspiration for your next barbershop routine. You never know when or where inspiration may strike. Here are just a few examples of some very old yet timeless classic clips of some of the funniest bits you’ll ever see.

Eddie Holt has been a member of the Barbershop Harmony Society since 2001 when he joined the Big Apple Chorus and got a taste for comedy quartetting while singing with his friends in Reveille, two of whom were members of the infamous Four Under Par.

After moving to Nashville, Eddie formed the comedy quartet Lunch Break in 2007 with three of his friends and had the good fortune of traveling all over the barbershop world sharing their unique brand of comedy with audiences for over a decade. He now regularly helps write parodies along with his new quartet mates in B-List, and writes parodies for his chapter Music City Chorus, working with the creative team to craft their medal-winning Star Wars set in 2018.

Eddie's latest long-term project has been working on the transition between using "hahas" to "lols" in text-based messaging to indicate he finds something humorous so as to stay current with online social trends.

Barbershop is Coming Back