The Barbershop Harmony Society celebrates an old friend who did great things with quiet confidence. 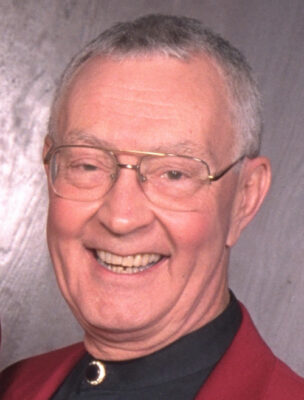 Mel Knight would probably not have wanted a big fuss made over his passing. The arranger, judge, director, quartet singer, coach, and educator had every reason to be proud of his numerous accomplishments, but his personal style was to shine the spotlight on everyone enjoying the music together. That’s not to say Mel was shy or quiet; neither, in fact, and he was full of zest, opinions, ideas and energy. But his focus was on doing good work, sharing that wealth of talent, and letting the results speak for themselves.

Mel enjoyed a notable career as a high school music educator, and a barbershop director of distinction, before joining the SPEBSQSA staff in 1985 as a music specialist, later succeeding to Director of Music Education and Services until his retirement in 1993. In that time, he oversaw the dramatic expansion of Harmony College to an annual sell-out event, and the founding of Directors College in 1989.

Mel’s numerous compositions and arrangements span barbershop, jazz and concert band. In his rich retirement years, he sang with Over Time, BHS 2000 international Seniors Quartet Champion, and continued directing, including the Evergreen District Seniors Chorus. Mel was preceded in death by Pat, his beloved wife.