Conventioneers fanned themselves with their programs in the sweltering theater. After listening to 39 quartets, only one more remained—an unknown foursome from some small town in Wisconsin.

The audience had already chosen their favorites for the next round in the international competition. Many were already heading for the exits.

A crystal-clear tone stopped them in their tracks.

“Hello!” sang the tenor, standing alone in the center of the stage. Then another emerged from the wings, adding his “Hello!” A third briskly walked out to join the other two, singing “Hello!” Finally, out stepped the bass to complete the bell chord. By now, the first had been sustaining his pure pitch for about half a minute. Without taking a breath, the quartet swelled the chord from mezzo to a resounding forte, dropped the chord a half step, expanded to mezzo forte and brought it back up to fortissimo.

The audience was electrified! They scurried back to their seats.

Singing last in the preliminaries, last in the semifinals and last in the finals, the four unknown songsters were about to make barbershop history. The Schmitt Brothers won the 1951 SPEBSQSA title on the first try. And that’s just the beginning of their amazing story.

Who were the Schmitt Brothers?

Jim, Joe, Paul and Fran Schmitt grew up in a family of 17 and learned to sing in the church choir. Discovered by chance when their melodies caught the ear of O.H. “King” Cole, SPEBSQSA president and father of Chordette Virginia Cole Osborn, the Schmitts were invited to join the Manitowoc barbershop chapter, where they met future coaches Milt Detjen and Johnny Means, who would also serve as SPEBSQSA president. Within 18 months, they mastered the challenging techniques of the uniquely American a cappella style, winning every contest on the road to the championship.

With performances routinely booked years in advance, the quartet sang together for 35 years, spreading harmony from Carnegie Hall, Madison Square Garden and all the major stages in the country as well as the Ed Sullivan, Arthur Godfrey and Lawrence Welk shows. They “traveled along singing a song,” logging more than 2 million miles and performing in 3,000 programs. The Schmitt Brothers were ambassadors of barbershopping wherever they went.

A newly published book, “The Schmitt Brothers,” tells the behind-the-scenes story of our very own legendary champion quartet. Written by a great niece and based on over 15 years of research and more than 30 interviews, the 223-page book includes 67 photos, many never seen before. It tells the heart-warming story of the quartet’s meteoric rise to fame, the faith and family that molded them, and the hometown they put on the map.

Funny and interesting, sad and sweet, the book captures the excitement of the times and the quartet’s small town persona. Readers say it takes them back in time and reveals glimpses of the quartet they didn’t know before.

For example, the first contest they won was not in front of a crowd of 8,000 at the international convention in Toledo, but on WOMT radio in Manitowoc when the youngest was just four years old. If it weren’t for a disagreement with the church choir director, they may never had met O.H. “King” Cole and been introduced to barbershopping. Their debut at Carnegie Hall—where they would take the stage five times during their career—was nearly derailed by a lobster. With all the engagements they accepted, the quartet turned down many others, including trips to Europe, Hawaii and the Far East as well as an opportunity to audition for “The Music Man” on Broadway. However, they cherished their two-week trip to entertain the troops in Alaska—an adventure detailed by John Means in his official report to SPEBSQSA.

Despite their amazing success, winning was hard work. They practiced every day, training with Milt and Johnny as often as three times a week. It was only after their victory that they began taking voice lessons. The brothers credit Mayme Gruber with teaching them how to sustain their voices through their many performances, which reached as high as 135 in 1953. With chapter meetings every Tuesday, lessons in Milwaukee every Wednesday, and performances Friday, Saturday and Sunday, the Schmitt Brothers were seldom home. Despite the hardship, their wives supported their husbands—while raising 35 children among the four families. They were the quartet’s biggest fans.

Like their coaches, the Schmitt Brothers were perfectionists, demanding nothing less than 100% in every performance, whether they sang for a local ladies society in a church basement or hundreds of executives in the Waldorf Astoria ballroom. They shared the lessons they learned—and the joy of singing—with aspiring barbershoppers through clinics, demonstrations, school performances and an award-winning educational filmstrip. In 1980, the Wisconsin Music Educators Association presented the Schmitt Brothers with its Community Service Award. The votes were unanimous.

For those who had the opportunity to hear them live, it was evident how much they enjoyed singing together. As they leaned in or swayed back, the brothers blended and balanced their harmonies. Eyes closed or slightly open, they concentrated on each note. The Schmitt Brothers perfectly blended delicate tones, delivering booming crescendos and cascading decrescendos. And as the last chord rang, elated smiles spread warmly across their faces. The thundering applause was a bonus. The Schmitt Brothers truly enjoyed singing together and generously shared their talents. The magic of their singing brought harmony and joy to all who heard them.

“The Schmitt Brothers” is Available Now 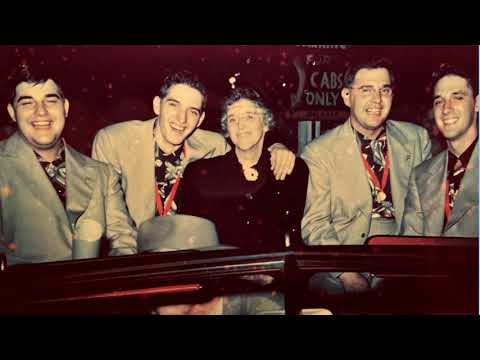 A wonderful story from days gone by, “The Schmitt Brothers” is inspirational and entertaining for adults and children alike.

Paperbacks and eBooks are available on amazon.com.

Search for The Schmitt Brothers by P.T. Rivers. To preview the first few chapters, click on the Kindle edition and then click “look inside” above the cover photo.

The Schmitt Brothers Quartet on Facebook for interesting insights, memories and photos