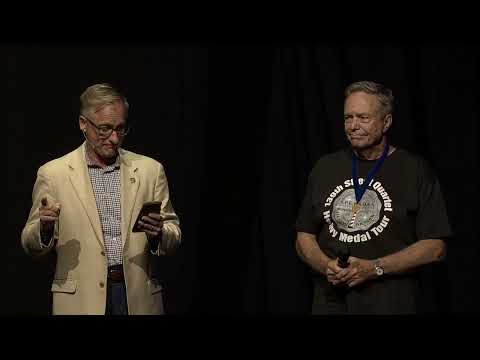 Through the generosity of Dr. Jim Kline, the 2023 Varsity contest will include a powerful new incentive to bring new singers into the barbershop world: an annual $10,000 prize.

The 139th Street Legacy prize will be awarded to the top scoring quartet that has at least two singers who have not previously been BHS members. [Full details regarding eligibility will be published at a later date.]

Jim Kline, bass of the legendary BHS Hall of Fame quartet, established the prize with a five year commitment as a donor to the Barbershop Harmony Society. The 139th Street Quartet was instrumental in founding the contest in 1992. Since then, hundreds of young singers have launched barbershop lives that have brought them to the fore of musical excellence, leadership and inspiration for succeeding generations of singers.

Jim announced the new prize alongside CEO Marty Monson as a surprise at the conclusion of the 2022 Varsity Contest in Charlotte.