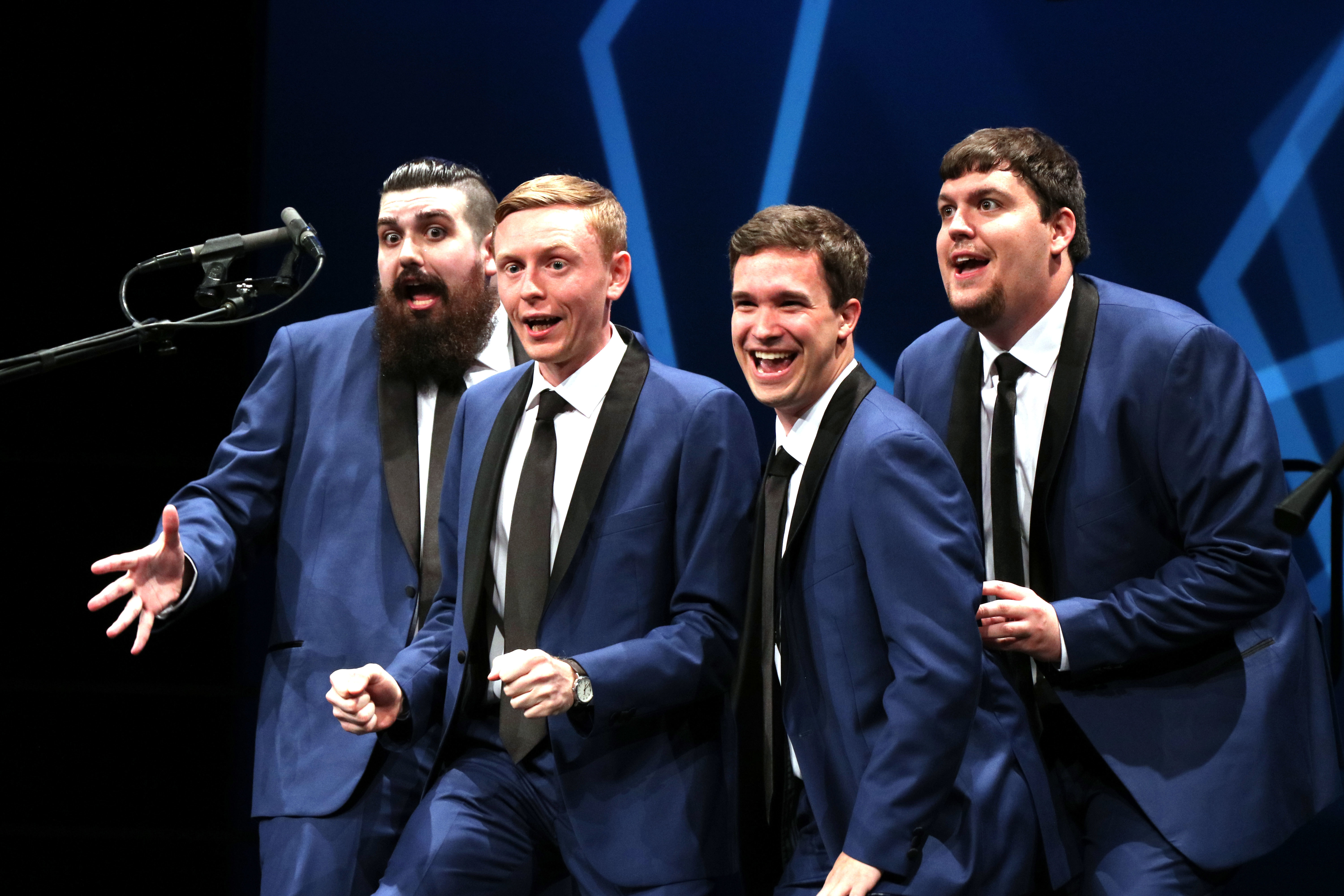 Frontier, a quartet from Michigan, beat out 19 other young quartets from around the world to capture the Next Generation Barbershop Varsity Quartet Contest Wednesday evening in Orlando. The contest was held at the Barbershop Harmony Society’s 80th annual convention.

Singing “Evermore” from Disney’s Beauty and the Beast and a comedic rendition of “Do You Know The Muffin Man,” the quartet posted A-level scores comparable to those in the open division contest, which opened on Tuesday. This was the third year in competition for Frontier, which last year finished in sixth place.

As champion, the quartet earns bragging rights, notoriety, and a springboard to the big contest, which has increasingly been dominated by past college champions, and offshore quartets such as recent champs Musical Island Boys, hailing from New Zealand.

The top five youth quartets were, in order:

The youth contest launched a week of shows, contests and education for more than 5,000 guests from around the world. For full events and schedule, see www.barbershop.org/orlando

How to Enter a BHS Contest