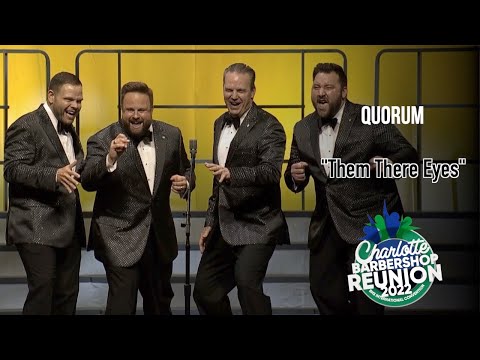 With the win, bass Gary Lewis became the first singer in the 85-year history of the Society to win gold in three different voice parts. He previously won as bari of Max Q (2007) and tenor of Platinum (2000).

Placing fourth, GQ wrote a new entry in the record books as the first women to win medals in the BHS championship contest, which this year became open to all people for the first time.

The five medalists were: